The original Dodge Brothers logo was a Star of David, though the Dodge brothers did not see it that way; they used two interlocking Greek-letter-deltas, one black and one white, one upside down, representing the two Dodge brothers who were utterly inseparable.

They chose their symbol in 1914, before the Star of David was associated with Judaism; they would be more likely to compare it to the Dodge City police badge. An interlocking D and B were used on places where the star would be too much.

The Dodges died in 1920; the symbol carried on after the sale to Chrysler, though, finally being replaced by gold wings with a shield in 1938 (the interlocking triangles were in the center of the wings until that point).

In 1932, incidentally, Dodge cars (the “Brothers” was dropped after Chrysler bought the company in 1928) gained a new symbol which would endure longer than any other: the ram. Created by sculptor Avard Fairbanks for $1,400, the price of the most expensive Dodge Eight, the symbol was presented to, and approved by, Walter P. Chrysler and K.T. Keller, president of the corporation and the Dodge division. Fairbanks chose the ram because it was “sure-footed; it’s the King of the Trail; it won’t be challenged by anything.” Then, according to Fairbanks’ son, as quoted by Jim Benjaminson in the Plymouth Bulletin, Fairbanks said, “And if you were on the trail and saw that ram charging down on you, what would you think? — DODGE!” — and that joke convinced Walter Chrysler.

In any case, from 1938 on, Dodge went from symbol to symbol, using a “Dodge in a house” logo briefly; having a faux coat of arms in the 1950s, complete with the head of a knight and a police-badge-like shield, ending with a stylized knight-with-shield-and-lance. Nothing stuck, and today, none feel right; but Dodge, in the 1950s, was not a muscle car, despite the D-500 and other packages. It was a mid-luxury car, between Plymouth and DeSoto. Dodge used a “forward look” logo as well, during that era but ending before the 1962 cars. 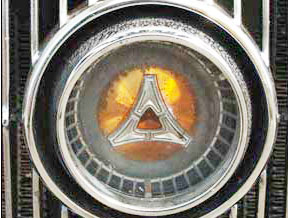 The second most familiar Dodge logo (after the ram) finally appeared in 1962, as the company was belatedly publicizing its work on rocketry. Designers lost no time in spreading it across the cars. But what was it? The designer was told it had to be something, and claimed it was a “fratzog.” 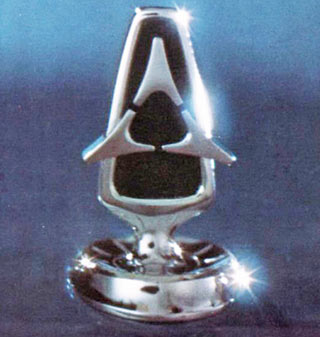 The fratzog was inspired; designers could give it more detail and depth, or represent it as a simple line drawing; it could be small or large; and being at the wrong angle on hubcaps was not an issue. It could be incorporated in hood ornaments, as on the 1963 Dodge 880 (above). The inspiration could be either the original Dodge Brothers delta, or it could be Chrysler’s reliable rockets. In an Allpar discussion, “CherokeeVision” pointed out that vintage stair corners look almost the same as the fratzog, and may have been an inspiration as well.

The fratzog was replaced by another coat of arms in the 1976 cars, and that was swapped out for the corporate pentastar in the 1982 lineup. The ram logo reappeared on cars in the late 1990s, disappearing when the Ram brand was created. Finally, in the 2000s, two diagonal “racing stripes” represented Dodge’s high performance.

In 2022, Dodge released a new version of the fratzog combined with the racing stripes, in connection with future “electrified” cars. Rather than having a silver emblem on a red background, they went with a simple black design, outlined in red (above). 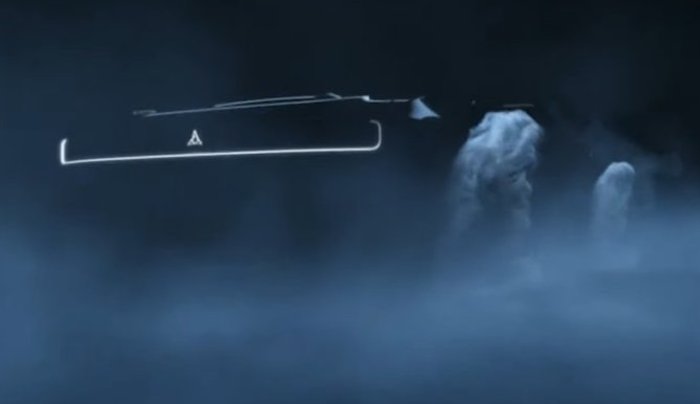