by David Zatz, based on advice from SAE technician Walt McCrystal and Bob Lincoln

Battery drains (“electrical leaks”) are hard to troubleshoot; the cause can be anything from some bad insulation to a faulty circuit board, or even a device someone plugged in and forgot to take out (ironically, I’ve drained a battery by leaving an OBD reader plugged in—it’s not something you can easily see). 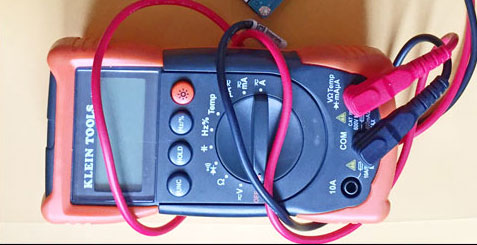 The first step in the process, therefore, is to remove things like Bluetooth gadgets, OBD devices, anything plugged into USB ports (including empty cables!), and such, and see if that resolves the problems. A poorly made cable may use power on its own; a Speedpass can even be the problem (Walt wrote that once a child’s toy on the back seat was keeping the Bluetooth modules active all night, causing power drains). Checking to make sure the problem is not a bad battery is a good next step.

Moving on, please remember that 12V DC is actually a hefty amount of power to the human body. It can have a bigger impact than 120V AC. If you cause a short, you can start a fire or seriously injure yourself. Treat your car’s power with respect.

The most important tool in this process is not a sophisticated computer reader, but a simple meter that can read from ten amps to milliamps; usually, this means a digital multi-tester. These are inexpensive, even for reasonably good models, and useful in other aspects of life. The measurement is made from the battery to the engine negative ground, so the battery has to be disconnected and routed through the meter. The engine should absolutely not be run or started while the meter is in line. It helps to have high quality leads for the multimeter—Amazon may not be a good place to buy these. 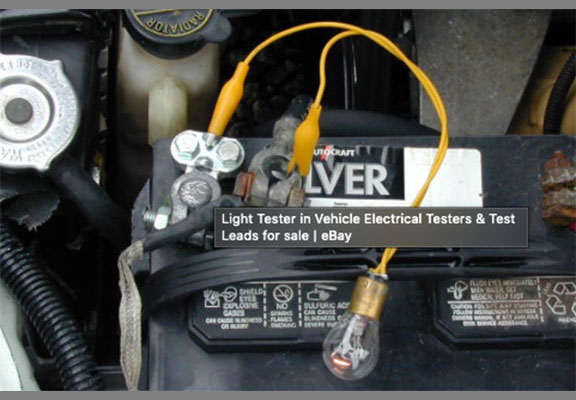 Auto parts stores sell inexpensive battery cable terminals; these are a reasonably good way to get your multimeter into the circuit (see the illustration).

IOD = Ignition Off Draw. The IOD fuse generally controls all circuits that remain on after the engine is shut off. If you disconnect this on many cars, the radio stations will be lost, clocks will be reset, and the computer may reset some of its parameters.

Typically, computer modules in a modern vehicle tend to draw an amp or two when the car is active, or was only recently shut off; but they will go into a standby or sleep mode, cumulatively using under 30 milliamps (mA) after a while. This “while”  depends partly on how the car is programmed—many modern Mopars, going back to 1999, let you set up the “after x minutes, shut off the radio / lights / etc.” preferences from the trip computer or dashboard.

Anything that keeps the electronics bus active on more modern cars (Daimler and beyond) can cause a drain of nearly one amp (0.8 amps).

So far, we have these steps:

It’s possible that nearly an amp might be drawn by the powertrain computer, which, when the engine is off, sometimes checks the evaporative emissions system. Disconnecting the PCM (powertrain computer) can eliminate that possibility.

An alternative method suggested by longtime Chrysler technician Walt McCrystal is a bit easier: hooking up a light between the battery post and cable, replacing the multimeter to provide a stronger visual signal. It has to be an incandescent lamp, not an LED, to use enough current. Pre-wired lights are available on ebay, or you can create your own with solder and good quality wire, just be careful not to short it (connect positive and negative together) with your fingers—be careful not to short it, period. Note that the wire light, like the multimeter, goes between the negative battery terminal and negative cable.

Walt wrote, “An orange glow from the filament may draw a battery down overnight; a dull red glow may be acceptable. The bulb shown above may be a typical parking lamp 1157 bulb. I have used smaller sidemarker 'peanut' bulbs like a 194 bulb. The 1157 is a dual-filament lamp taking 2.1 or 0.59 amps at full brightness depending on the filament; a 194 bulb draws about half of the current, and may be a better choice for showing small draws.”

Newer vehicles have modules that stay awake for a few minutes after shutoff. Don't let this give you a false alarm of current draw for a normal power-down event. After a few minutes, when the modules go dormant, current should drop off to a couple of dozen milliamps (at the most).

Many auto parts stores offer comprehensive battery/starter/charging/ripple/draw test with a printout in the parking lot, if the counter can spare someone. This electrical “health” test is quick and easy.

A mention of “intermittents” is in order. Some current draw issues don’t happen all the time. If the draw is not present at the time of diagnosis, all the tests will pass. Such can be the frustrations of intermittent electrical problems.

It’s frustrating to try to turn on the engine and find no juice left; and it can destroy your battery. It’s expensive to pay a mechanic $100 an hour to chase down the problem. Fortunately, you can narrow it down yourself.