Stories from Chrysler’s man on the Mitsubishi Board

Chrysler Corporation started buying into Mitsubishi Motors in 1971, when it acquired a 15% stake in the company. The full plan was to purchase 35% of Mitsubishi Motors over 3 years but Chrysler came on bad times and reneged on the additional 20%. (In 1985, under Lee Iacocca, Chrysler increased their equity in MMC to 24%.)

Mitsubishi made vehicles that fit into niches that Chrysler’s American unit did not. The Japanese products did have a great deal of overlap with Chrysler Europe, which had a profitable arm in France (the former SIMCA), a mildly profitable division in Spain (Barrerios), and an unprofitable one in the United Kingdom (Rootes).

Chrysler’s equity led to the right to have a man on Mitsubishi’s board of directors, and that man ended up being Burt Bouwkamp. Though he deprecated his own role there, he did learn quite a lot, and took some of his knowledge back; for example, he learned that, in Japan, all wires and hoses under the hood were routed on paper before the first test car was built.

In the United States, at that time, Chrysler was developing and building the body, fitting the engine and transmission, and then figuring out where the wires and hoses would go as an afterthought. In short, until Burt returned with his experiences from Mitsubishi, mechanics in Highland Park (Michigan) figured out the wiring and such as the final step, leading to some odd configurations; and it took a while longer to really optimizing wiring, hoses, and such.

Mitsubishi became very important to Chrysler when fuel efficiency started to matter, because their “captive imports” from France and the UK did not match the needs of American customers in either quality (UK products) or style (Simca products). Mitsubishi had much higher quality—arguably far higher than Chrysler, at the time—though they tended to under-specify with radios and air conditioning systems.

Being on the board brought some problems. The Mitsubishi staff tried to speak English around Burt, since he could not speak Japanese; but there were times when that was impossible, and translation was needed. Most of the time, Burt claimed, he was superfluous to Mitsubishi. He had some odd duties, including playing host to visiting Americans; for that reason, he had a very spacious apartment with extra rooms. He and his wife, Emme, entertained many visitors, but probably only one called him a “damned liar”—Lee Iacocca. 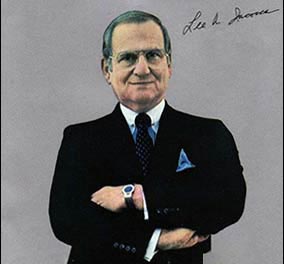 In 1985, Lee traveled to Japan with a large entourage, on his private plane—only to find out that his luggage had been lost. Some quick calls determined that, during the overnight stop in Hawaii he frequently made en route to Japan, his luggage for Hawaii had been mixed up with his bags for Japan, and the latter was quickly put onto a commercial flight, arriving as quickly as Chrysler employees could get it there.

Lee’s companions included his bodyguard, and a number of other people. The preparations for a visit from the globally famous Lee Iacocca were quite extensive, and a true headache. That’s what led to Lee’s comment—Burt had just said, “It was a pleasure having you here.”

Lee countered, “You’re a damned liar. It’s a nuisance having me here, and everyone knows it.” It’s hard to argue with that.

In the middle of the week that Lee was in Japan, one of Burt’s American friends told Burt that he would soon see the prettiest picture he has ever seen – the company plane leaving in the distance. He was right! 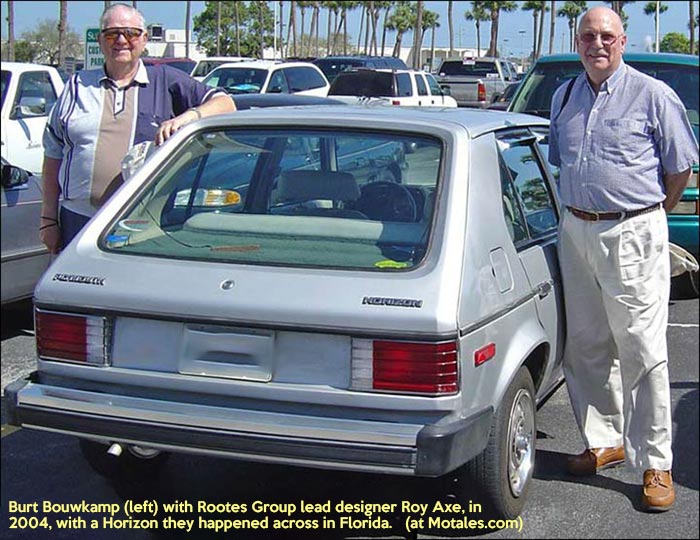 Burt Bouwkamp served as Managing Director for Japan Operations and board member of Mitsubishi from 1984 to 1987, when he retired. He had worked in product development for 38 years, with stints as resident engineer in two engine plants and the Jefferson Avenue assembly plant before rising up through product planning to become Chief Engineer of Vehicle Planning, then Chief Engineer of Dodge Cars.

Burt was promoted to Director of Product Planning in 1968; he claimed that his wildly incorrect prediction that the “E”-body Challenger and Barracuda would sell 200,000 units per year resulted in his posting as Director of European Product Development. However, after Chrysler Europe produced, in rapid succession, two Cars of the Year, he was brought back as Director of Body and Chassis Engineering (1979-84).