The Dodge ZD: the Jeep-based SUV that was never born

The original Jeep Grand Cherokee (ZJ) was destined to be a big seller; it was more sophisticated than the already-popular Cherokee, with better handling and ride. The Grand Cherokee started out as a next-generation Cherokee; but because Chrysler bought AMC during its development and had a spare factory to build it, and the ZJ handling and ride were so far above the original Cherokee, they kept the Cherokee right where it was and moved the ZJ above it, adding in the “Grand” to separate them. The only down side of this strategy occured when the Cherokee was dropped and, as with the Grand Caravan, they had Grand cars with nothing under them. 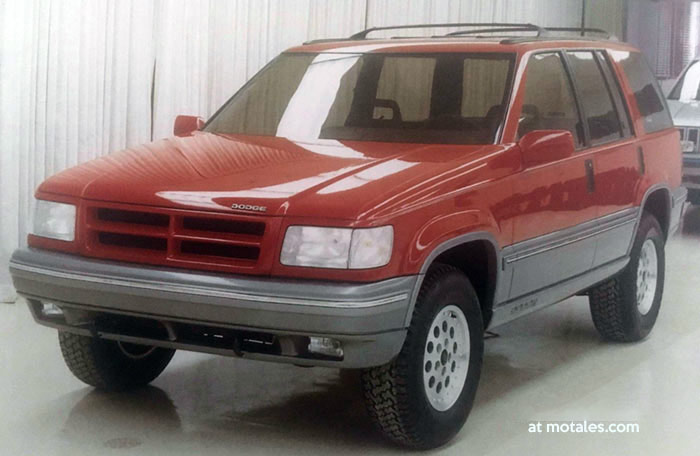 According to Steve Lyman, who worked on the ZJ project, designers created a Dodge version of the Grand Cherokee in case Jeep dealers couldn’t sell every vehicle the Jefferson North Assembly Plant (JNAP) could make.

Steve Lyman provided this photo of the Dodge, platform code ZD (Z-Dodge), pointing out its had Jeep Comanche eliminator wheels and flush door handles. The vehicle behind it was a ZJ (Z-Jeep), which sold in the hundreds of thousands every year. He added:

Most people don’t know about the ZD since it was stillborn. I remember it mostly as a trip to Abilene as manager of Jeep Vehicle Dynamics at JTE; we had a small department, about 20 people. We were laser focused on the ZJ, since we knew it was going to be a home run, but we had other program and technology development commitments as well.

Senior management was paranoid about losing money on ZJ. There was risk. Launching a brand new vehicle in a brand new plant with new processes, simultaneously, is not done too often. Our leaders were also concerned about coming out of the post Gulf War I recession with new product. Would the demand be there? So, they directed us to create a Dodge derivative using Dodge powertrain and unique trim.

Our guys and other departments had to do serious overtime to contain the ZD workload, although most of us never believed it would go anywhere. The serious tooling money was limited to grille, hood, badging, and some powertrain to body brackets. We probably wasted more manpower and time dollars than the hardware cost. 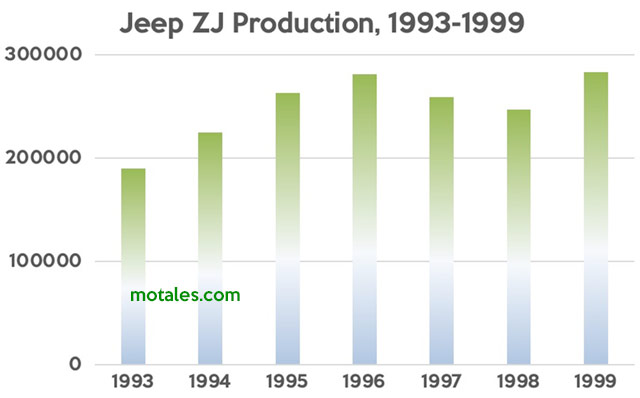 Jeep dealers easily sold out the full production of JNAP, and the Dodge never made it past the prototype. What’s more, the decision to make a rear wheel drive version was probably wrong as well: 93% of the ZJs made in 1993 were 4x4s.

Dodge would eventually get a chance to sell its own versions of Jeeps, with the ill-fated Caliber and, more successfully, with a Dodge Durango based on the WK Grand Cherokee, but with three rows of seats and a pavement-optimized suspension. (The original Durango was based on the Dakota pickup.) To date, those remain the only Dodges based on Jeeps. As with the Durango, though—as John Rush pointed out—the ZD would have kept the Ramcharger name alive, as that truck ended production in 1993, as the Grand Cherokee was starting up.