There were no truck body codes when I started work at Chrysler in July 1963 in Truck Experimental at the Proving Grounds. If a model line-up had been published, I am sure I would have seen one. I continued workong on trucks in Product Engineering at the Warren Truck Plant until 1969—and still never remember a body designation for any truck. 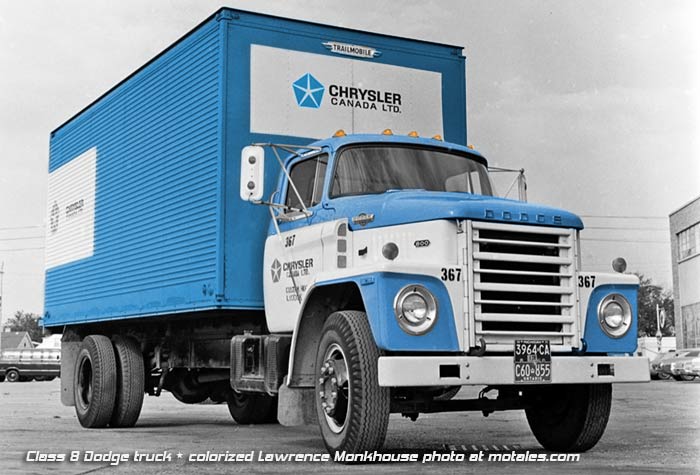 When I started at the Chelsea Proving Grounds, they were building the third (as I recall) A-100 prototype. It was a blue and white wagon with the 273 V8; I believe that a van and an express were already running endurance routes. The “prototype” for engine cooling tests was still out there—a Ford Econoline modified with Chrysler drivetrain.

Unbelievable as it seems, at that time we built the following varieties of Dodge trucks under one roof: 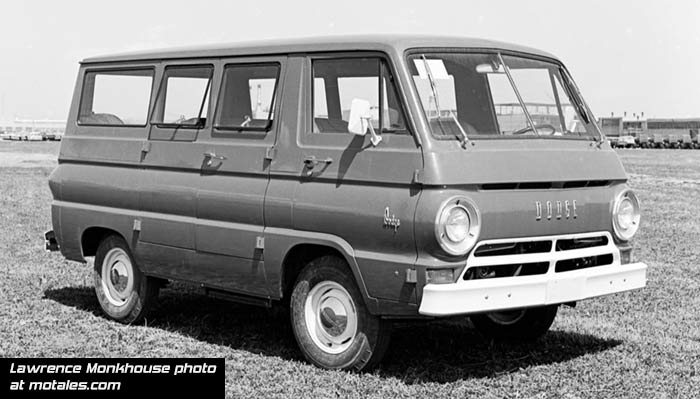 Nearby was the “Compact” building which built the A100 and KDX (Knock Down Export) units. About a mile or so away, we built the heavy duty tilt cabs, L9, L10, LT9, and LT10. I remember the diesel C9, C10, CT9, and CT10 being assembled there too. Cabs for these were assembled at the Warren Plant and trucked over.

The heavy duty “L” cabs had riveted aluminum construction, and were manufactured in Pigeon, Michigan and shipped to the heavy duty plant.

The oldest truck model chart I have is from 1979; it still uses the truck model numbers (D100, B100, etc.) with no designation for body type. In trucks, body codes were unnecessary, because, for the most part, the truck model defined the body.

Starting in 1989, Chrysler Corporation gave body codes to its trucks as well as its cars. These codes were applied retroactively, so, for example, the B-vans, which had been around since 1971, were dubbed “AB” bodies going back to that time—even though, as Gil wrote, they did not call them that in the 1970s at all. The move was probably taken when Chrysler Corporation acquired American Motors (AMC), which already used two-letter codes; Chrysler cars, such as the P-body (Sundance/Shadow), had an added “A” (AP body) to match AMC.

The bodies assigned retroactively were:

The company moved on and created new vehicles, including:

In the 2000s, the body codes were used somewhat differently. The Ram 3500, for example, took on the codes D1, D2, and D3 starting in 2003 and changing with each generation. This is an incomplete list:

This does not include the commercial van versions of the Caravan/Grand Caravan, which had the same codes as standard minivans (e.g. AS, RS, NS). DE-through-DG, DU-through-DW, and DZ remain unassigned.