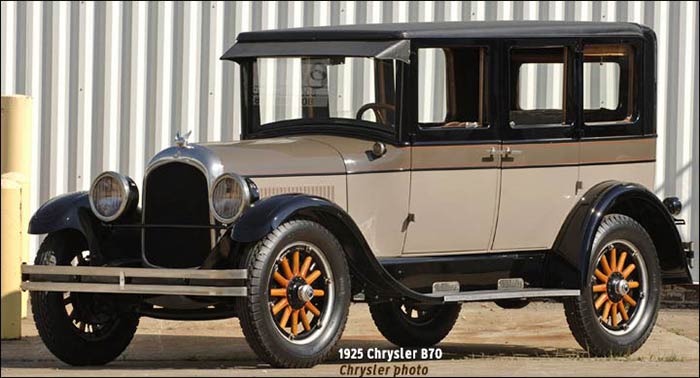 In the 1925 Chrysler Corporation Annual Report —the first of the new corporation, which had taken over the thirty-year old Maxwell Motor Corporation—Walter Chrysler wrote, “The past year has been one of notable progress and achievement for your business.”  He pointed to:

Why did Walter Chrysler form the Chrysler Corporation and have it take over Maxwell Motor Corporation in the first place? First, it was an end run around any resistance to a name change; and, second, it changed the way shares were treated. New Preferred Shares had preference when assigning dividends; and Common Shares were more valuable after Maxwell Class A shares were eliminated. 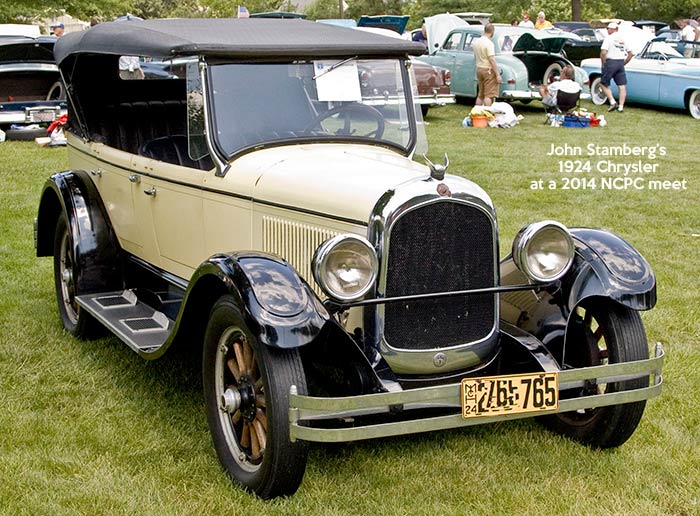 The takeover (which technically occurred midyear, on June 6, 1925) created an odd dichotomy, where Chrysler dated itself alternatively to 1894, 1924, and 1925 over the next century or so. After the Daimler acquisition, Chrysler almost invariably considered 1925 to be its birthdate, though Walter (WPC) himself tended to write as though Chrysler and Maxwell were interchangeable—and the first Chrysler was shown in 1923 and carried a 1924 model year.

The board of directors included a familiar name—Hugh Chalmers, brought in with the purchase of the namesake company. The original corporate officers were:

For 1925, Chrysler sold two lines of cars: the much-upgraded Maxwell, marketed as the Good Maxwell, and the Chrysler. The Chrysler Model B gave way to two new cars in 1925 (which were given a 1926 model year): the 58 and the 70. Both of these cars were named after their top speeds; they featured adjustable front seats, rubber engine mounts, and rubber spring shackles, making them much smoother than the 1925s. 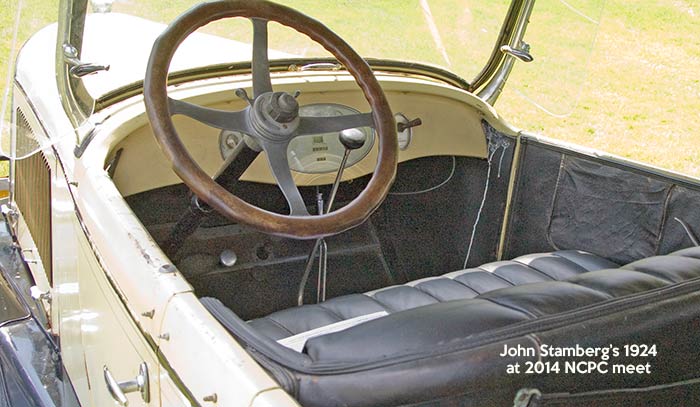 The bodies of these cars were not luxurious, generally; they were upscale mainly in features and engineering. A Packard, as one example, had a much finer body in interior design; there was no question about the difference between a true luxury car and a Chrysler when looking at the dashboard. However, few luxury cars, if any, could match Chrysler in engineering—with its six-cylinder high-compression engine, seven-bearing crankshaft, air filter, replaceable oil filter, and four-wheel hydraulic brakes. None of these features were available in other medium-priced cars.

Another new Chrysler car for 1926 was the Imperial 80, again named for its top speed; this one had a much nicer cabin, in terms of appearance, along with high torque and hill-climbing ability. When Floyd Clymer drove an Imperial (a factory-stock car, not modified) on an endurance run over 300 paved and 200 unpaved miles, he managed an average speed of 52 mph, setting a record.

The Maxwells were completely different cars, an extension of the ones made under Walter Flanders’ leadership. Maxwell’s story was a roller coaster: from a fine start to being the country’s #3 automaker, to death by acquisition, to resurgence, and then flirting with bankruptcy until Walter Chrysler was brought in—and his solution was the Zeder-Skelton-Breer team. 1925 was Maxwell’s final model year; the 1926 cars would be sold as Chrysler Fours. 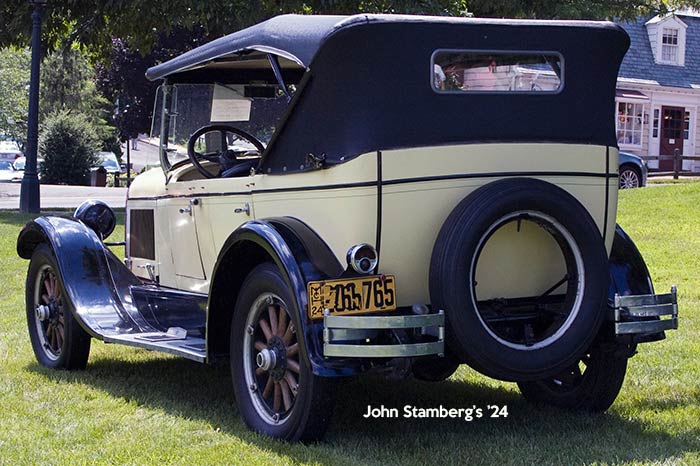 The Maxwell was a four-cylinder, mass-market car; they had a three-speed manual transmission, with a manual choke for the updraft carburetor and a manual spark advance controlled from a lever by the steering wheel. The 185 cubic inch engines managed 21 gross horsepower, but the top speed was reasonably high for the time (albeit not in Chrysler turf). They did have speedometers and odometers, inner-tube tires, and nickel-plated exterior trim (e.g. the radiator shell and headlight trim); headlights were nine inches in diameter.  The brakes were mechanical—one thing that separated them from the Plymouth. Wheels were wooden, at least on some cars.

The Chrysler was increasingly popular, and the company expected sales of the Maxwells to rise when they became Chrysler Fours; research and development was booming under Carl Breer; and a new export business was already doing well. No surprise, then, that Walter signed off by saying, “There is every indication that business this spring will surpass all previous records of this Corporation” (though a cynic might point out that, technically, the Corporation’s only year of operation was 1925).

* Sales and production figures, which generally don’t match. The Standard Catalog of Chrysler pegs 1925 Chrysler-car production at around 76,600 with registrations, a close proxy for sales, of 68,793. Chrysler production and self-reported sales figures for many years were confusing, and somewhat suspect.

78 stories. Mopar is a trademark of Stellantis. We are not associated with Stellantis, the owner of Mopar.