In May 1957, Chrysler president Tex Colbert started the ball rolling on creating a new compact car—the 1960 Valiant. The company actually created a six-cylinder engine for it, since none of their existing engines would fit. Once the car hit the market, product planners realized they needed V8 power as well; and, at the same time, powertrain engineers wanted to make a simpler, lighter version of their mainstream V8s, which had been derived from earlier hemispherical-head engines made for high-end cars. 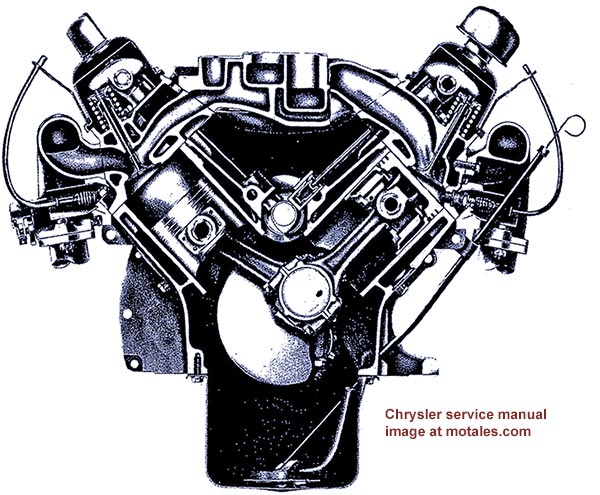 These forces led engineers to create a new series of V8 engines. They adapted the block of the A-series V8s, which in turn were an updated version of the company’s original 1951 V8. Chrysler’s Indianapolis foundry had created a new process which cut the block’s wall size, saving fifty pounds and prompting the code name of LA, for “Lightweight A.” Otherwise, the block was changed as little as possible to reduce tooling costs and changes to the automated engine machinery; for example, cylinder spacing and the head bolt pattern were carried over. 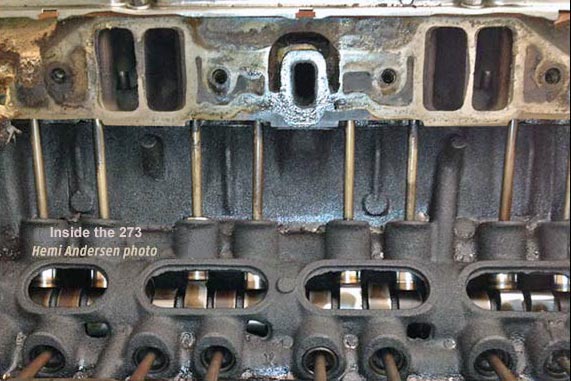 Legendary engineer Willem Weertman, who was in charge of the LA engine conversion, said that the biggest change was in the valve arrangement and heads. The older A engines, like the “poly” it was based on, had exhaust valves parallel to the bore; the intake valve was “tipped toward the intake manifold, giving what has been described as a polyspherical chamber.” This design was thought to prevent carbon formation and detonation, with strong breathing from the cross-flow valve arrangement.

With the LA, according to Weertman, “we made all the valves tipped to the intake manifold and inline (as viewed from the front of the engine), giving it a wedge shaped combustion chamber.” Chrysler’s own research had belatedly showed no actual benefits of the poly shape over wedge heads, which were much cheaper and lighter. Engineer Pete Hagenbuch said that, “getting rid of the silly polysphere” improved performance because “the flame travel is fast and there isn't anything left to burn by the time it gets to top dead center” with the wedge design. What’s more, given the challenges of emissions with hemispherical heads, switching to the wedge design may well have been inevitable—since emissions limits would be coming into play in the 1970s. 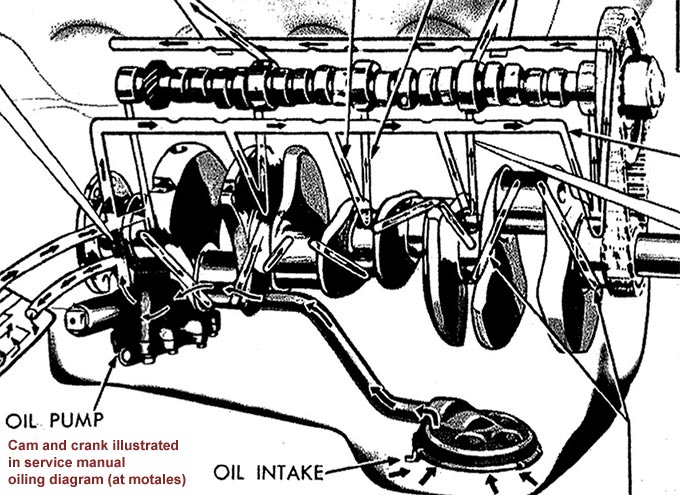 The heads were far smaller and lighter than before. The A-series and other poly engines were later nicknamed “wide blocks” (because of the wide heads) or “waffle heads.” The spark plugs were moved to be closer to the center of the combustion chamber, and above the exhaust manifold so they could be changed from above.

Unchanged from the prior engines were the engine number and displacement stampings on the left front of the block; the distributor placement at the rear; the stroke (3.312 inches); the tappet bore machining; and the crankshaft, bearings, caps, vibration damper, rods, and timing chain. 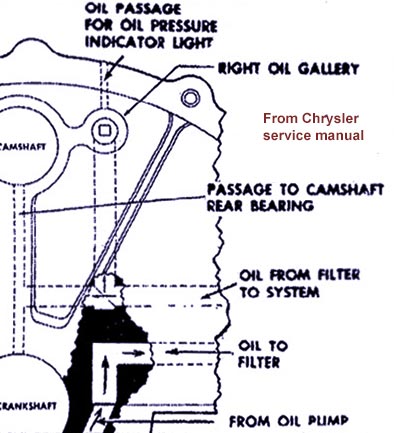 Before the engine was released, Motor Trend claimed that a new V8 “around 270 cubic inches” was being developed, with an aluminum block. Chrysler did not go with aluminum; they had already tried to do so with the slant six, but the weight advantage was not worth the lower production rates, higher costs, and greater scrap rates. The displacement was close, though—273 cubic inches. It first appeared in, among other cars, the new-for-1964 Plymouth Valiant Barracuda; for 1965, it was the standard V8 in the midsized 1965 Dodge and Plymouth cars, remaining optional in the compact Valiant/Barracuda and Dart. 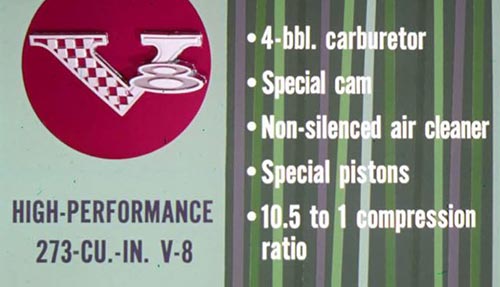 For higher performance, the 1965 Plymouth Barracuda and Valiant (and Dodge Dart) boasted an optional four-barrel, high-compression version of the 273 with a hot cam (415/425 lift, 248/248 duration), which Plymouth dubbed the Commando. It propelled the Barracuda from zero to sixty mph in 9.1 seconds (according to Car & Driver, testing an automatic). The power advantage was quite high—the two-barrel 273 was not too far ahead of the 150-bhp 225 slant six, but the four-barrel was in a different class entirely.

The Charger 273 air cleaner cover looks like an odd branding choice, but the Dodge Charger had not yet gone on sale. Plymouth called it “273 with Power Pack.”

As is too often the case, power numbers before net ratings came into play should be taken with a large grain of salt. Note that the power figures are suspiciously round numbers.

The 1964-65 273 two-barrel had a dual-plane intake, with one carburetor barrel devoted to each side of the engine; as a result, one side could be too lean or too rich. For 1966, they added a passage to balance the mixture, which changed the bolt angle so the 1964-65 heads and intake can’t be interchanged with later engines. The two-barrel 273 was also used in Dodge A-vans and A-series trucks from 1965 until 1967.

The 1967 model year used nodular cast iron crankshafts rather than the old forged steel, to save money. This was also the four-barrel’s final year, as 1968 brought the 340 V8, which had major modifications to produce more power than one would expect. The 1968 273 (now two-barrel only) gained hydraulic lifters and switched to stamped rocker arms, which had been developed for the 340 and another engine, launched in some 1967 cars, the 318. The 318 was extremely similar to the 273, but with a larger bore; it replaced the old A-series “poly” 318 in the 1967 US-made vehicles and in the 1968 Canada-made vehicles. 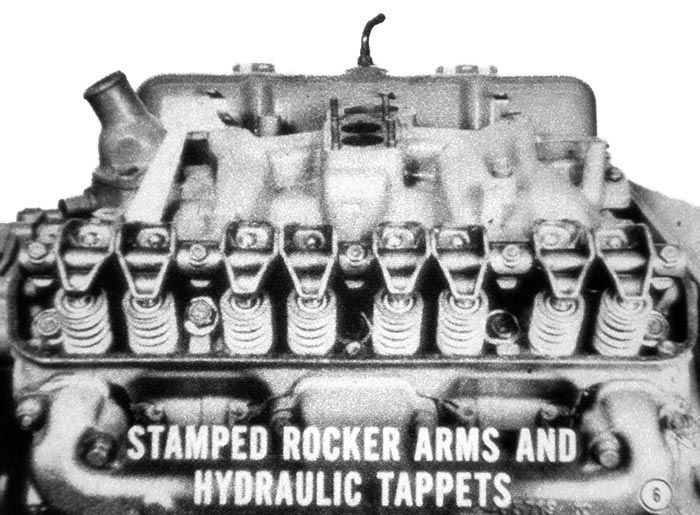 For 1969, the 273’s final year, Chrysler added a manifold heat control valve with a counterweight to ease warmup.

With the 1970 cars and trucks, the 318, which had taken over from the A-series 318, also replaced the 273. The new engine would be made for many more years than the 273 itself—or any of the previous iterations of Chrysler small-block V8s. But that’s another story.