Making police cars: who and what was involved?

The nature of the work required many, many changes, mostly involving durability rather than power. To quote Bob Lees, “The police are like greyhounds at a rabbit track: when they see somebody doing something wrong they have complete focus on them and they take off after them. They don’t care if they are jumping curbs, or going over ditches or through hedges, they want to catch that person. So you do a lot to reinforce the suspension. You do things to the engine to make it last longer, and handle high speed work.”

Chrysler usually offered a range of engines, including lower-powered models for city police, who had lower needs for power and higher needs for economy, and top-performance versions for rural and state police who may need a sustained pursuit without radio help from other officers. Both versions had high durability. To quote Bob Lees, “A police car is not going to catch a Ferrari, it’s not that fast. More than anything you want durability to be able to take the rough work, the rough roads and the pursuit work, or sitting by the side of the highway with the lights and radio going, sitting and idling for hours, even in the heat in the desert, and everything else. That’s where the emphasis is.” 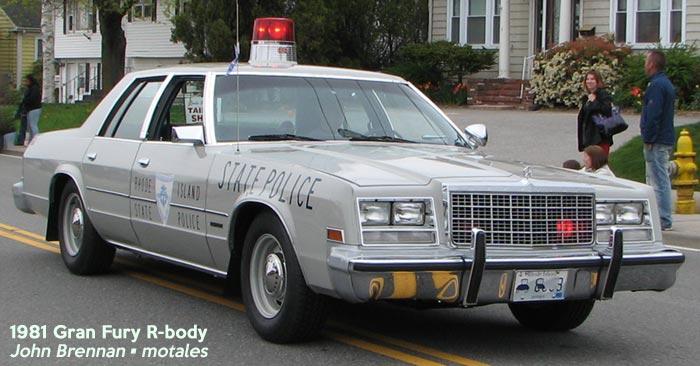 Police could often catch criminals by chasing until the criminals’ cars failed. The famed New York City chase which inspired the one in The French Connection ended when a detective’s personal Plymouth outlasted the criminals’ car, which fell apart from the rough New York roads. (The city’s police cars did not make the cut, either, and that’s when New York City switched to Mopars—until Chrysler left the business.) 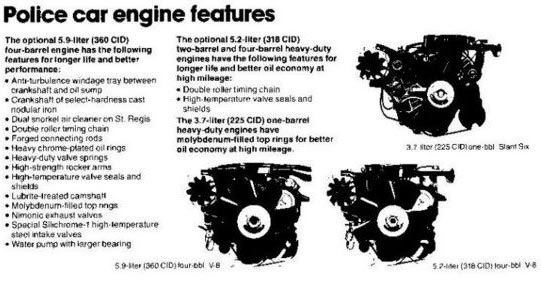 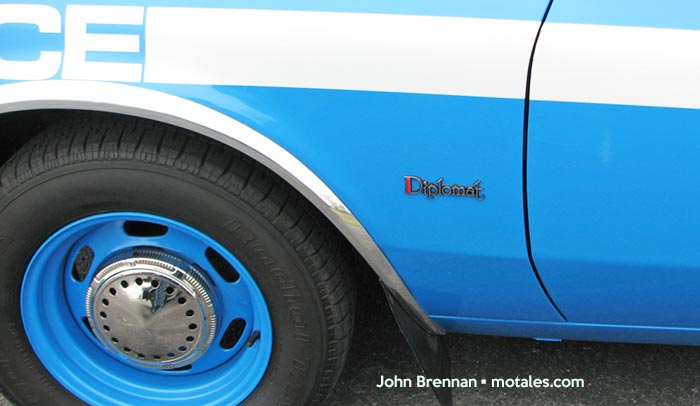 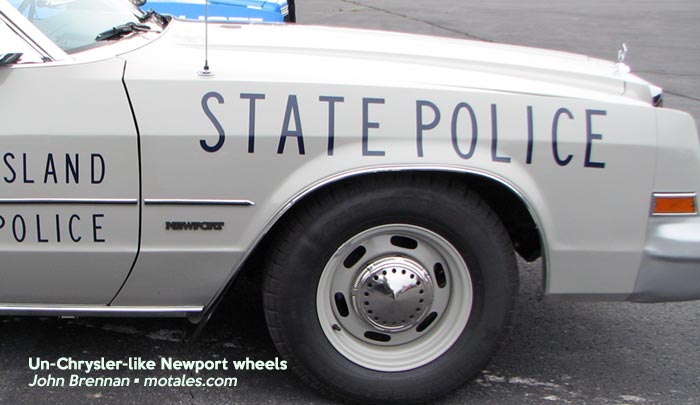