Quick stories from Chrysler’s past (volume 1)

Back in the 1970s and 1980s, Carter and Holley had full time engineers (Marty Fuchs for Carter and Gary Congdon for Holley) on site at Highland Park for carburetor development on any engine. After technicians did dyno testing, the carburetor would go to the carb lab, and either Gary or Marty would do a modification depending on the previous results. This would be repeated over and over again until the desired results were obtained. 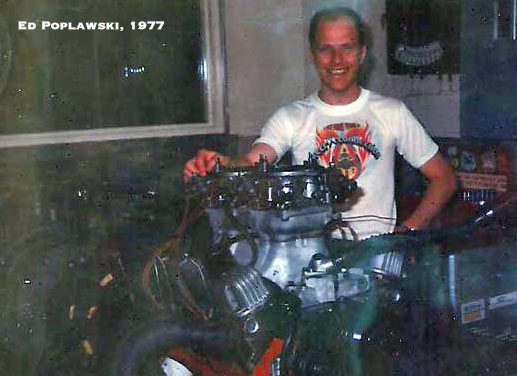 The Slant Six was always the hardest because of its manifold design. Sometimes the tops of manifolds were machined off and plexiglass windows were installed, so the fuel flow could be watched and photographed.

If carburetor adjustments didn’t fix a problem, we would installed popsicle sticks on the floor of the manifold with five-minute epoxy to try to drive the fuel to a certain runner or port. If that fixed the problem, a casting change would be made to the manifold for production. 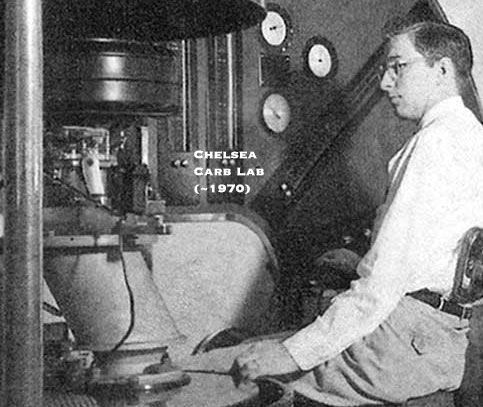 We used fuel/air analyzers to determine the fuel/air ratio at each cylinder, and sometimes we monitored the exhaust port temperature at each cylinder to see how rich or lean the engine was running. Because of the test equipment available back then, it was a very tedious and time consuming operation.

Rootes Group was in the city of London where we had offices. When we would travel to the UK on company business, they billeted us at Lord [Reginald] Rootes’ huge estate north of London. It was really old England there, and we enjoyed being treated like royalty—formal dinners, smoking room for port after eating, etc. One could look out over the moors and try to find the Hounds of the Baskervilles! 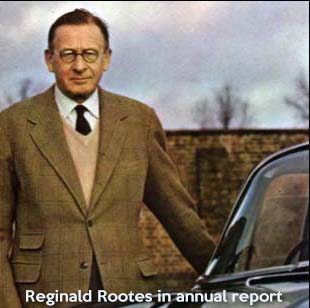 ... [After Chrysler acquired Rootes Group, we found two engineers working on a variable displacement engine.] They had been discovered in a back alley shop somewhere in the city of London, working away ever since WWII. The engineer was an aristocratic looking man, his mechanic a rotund Englishman, both nice guys with those wonderful accents. We felt sorry about them. They were billeted at a Howard Johnson motel on Woodward Avenue, not far from Chrysler Engineering offices. I think they stayed there for two weeks; I even invited them out to our home one evening for dinner.

[As for the engine design]: My estimators would say “Wait a minute, don’t you have a lock nut on there?”

They said, “No, no, we’re going to use that Loctite that you guys invented here.”

As it turned out, the entire bloody engine was going to be held together with a Loctite. I told my management, “This thing is ridiculous but I’ll try to let him down gracefully.” I put together the story on cost compared to a couple of our regular engines, and they were let down very gently, and that was the end of that.

Bob Marcks wrote that, when he was a Dodge marketing manager in the late 1980s, he realized that the higher the price of the pickups, the more they sold. Their sales were tiny compared to Ford and Chevrolet, but they tended to sell more of the premium models. The best selling colors were not red or white, but Charcoal Gray Metallic and Midnight Blue.

Marcks proposed making an upscale pickup truck, including leather-wrapped seats. In a letter to Automotive News, Marcks said it was rejected because it was too luxurious and not “macho” enough. (He pointed out that “Cowboys don’t ride on cloth saddles.”)

Dodge missed out on creating the first modern American luxury pickups, but after the “big rig” 1994 Ram, suddenly everyone wanted to make stylish pickups with luxury features, and leather interiors became commonplace. Automakers started finding all sorts of new places to add contrast-stitched leather, and profits per vehicle have exploded. As Bob Marcks wrote, “Leather is lucrative.”

About 60 years ago, I had lunch in Ellis as part of a Chrysler executive road trip. This was a cross-country exercise to be sure that we were ready to build and sell the new models. We had a six-car caravan with nine people (nine executives and three trip staffers), and we changed cars every few hours. The assignment of people to cars didn’t have a pattern or a daily schedule.

At the end of the trip, our car caravan was heading for home on an interstate when the state police stopped us. The officer asked if we were a Chrysler road trip. When we said we were, he said that we had left a person in a gas station 60 miles back.

We took a headcount on the side of the road and one man (Joe Malus) was missing!

Frank Walter agreed to go back to pick up Joe while the other seven of us had lunch—in Ellis, Kansas, Walter Chrysler’s birthplace! At lunch, my boss, Director of Administration Dick Steding, preached that this happened because we were disorganized. He said that somebody should be responsible to see that everybody was on board before we left a stop.

Paul Bruns, Manager of the Road Test Garage replied, “there is a guy in charge – he’s the guy we left in the gas station!”