Making V8 engines, including the Hemi, at Trenton Engine 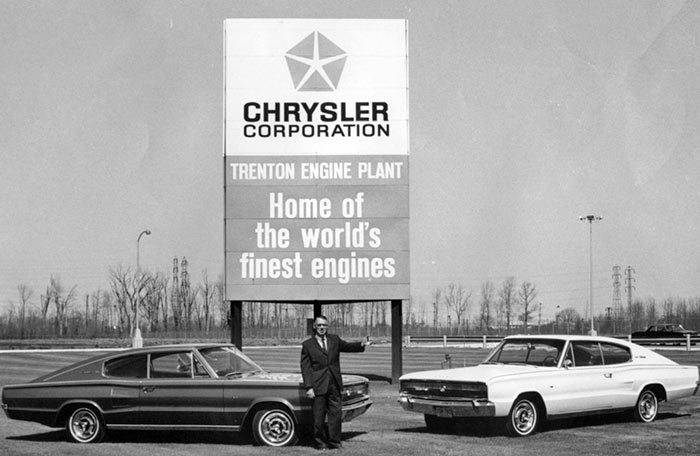 Many know Trenton Engine as the place where V6 engines have been made for decades, but the first engines made there were V8s, built from 1952 to 1978. In early 1952, plans were to only make truck and industrial engines including the blocks and heads; but the immense popularity of V8 engines brought an expansion of both the plant and the plans. Trenton ended up making the original “double rocker”  engines, now called first-generation Hemis, for both cars as well as trucks; then came the “poly” designs, and then the B and RB engines moved in (one line for each, at first), and then the 426 Hemi. Most of these photos are from 1962.

But first, here’s the cafeteria. 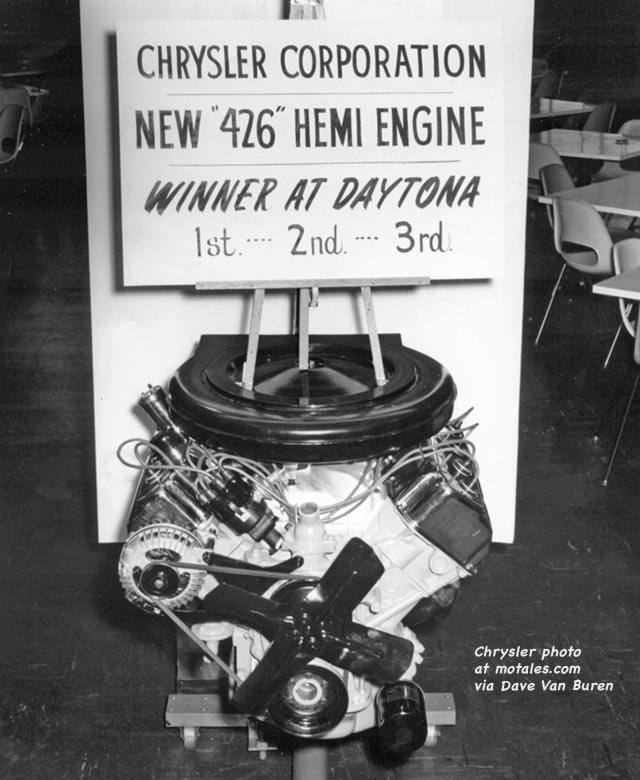 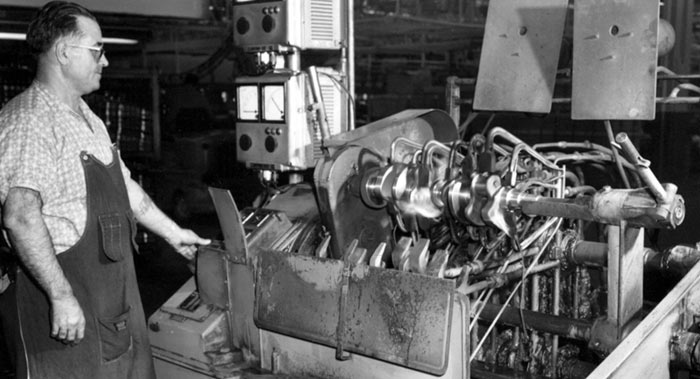 The “merry go round,” below (with a closeup) 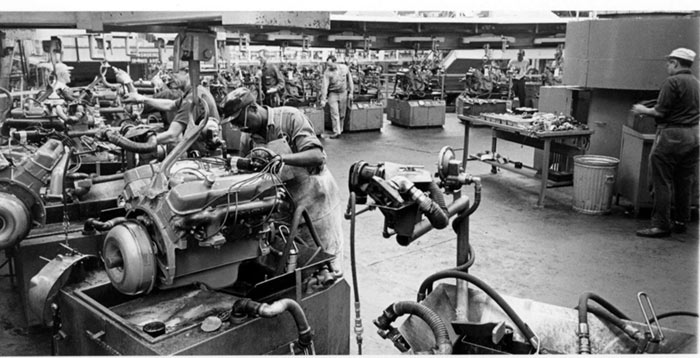 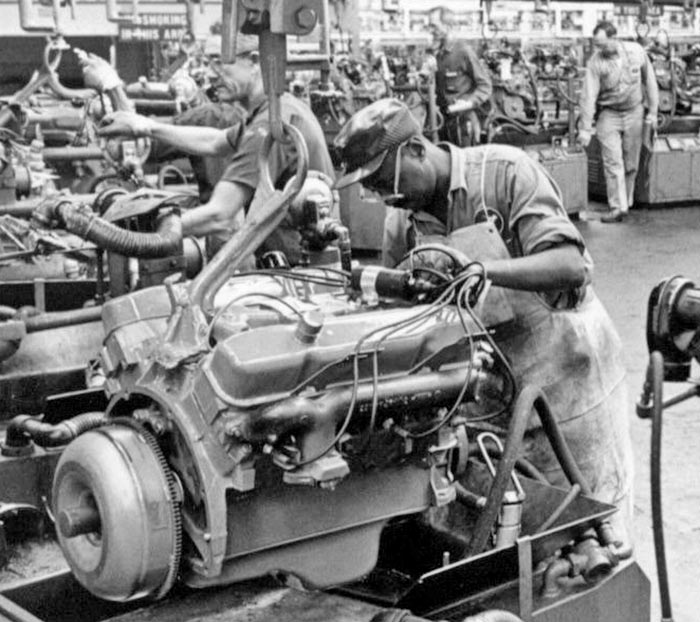 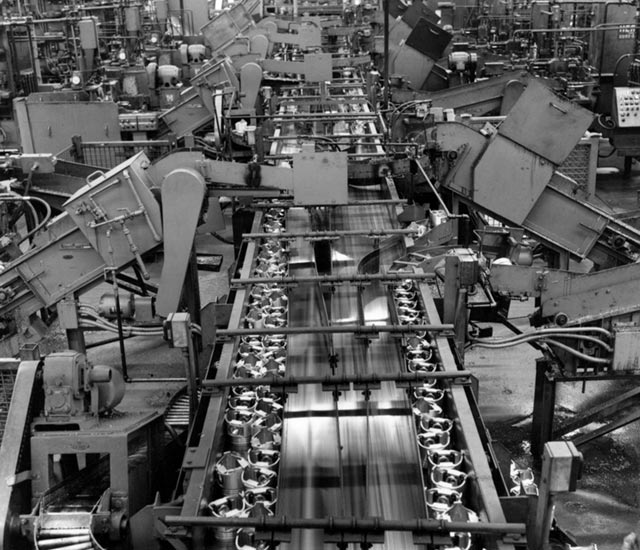 Next two photos: crank and then block department 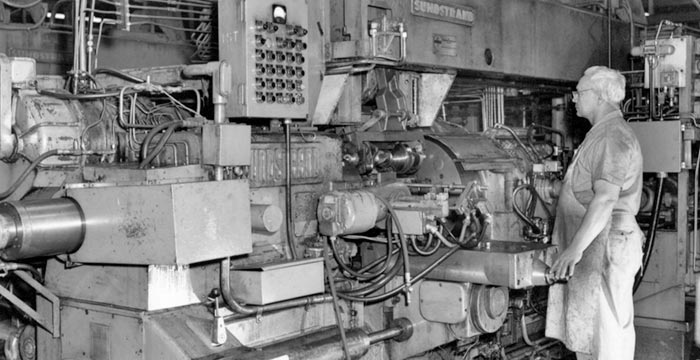 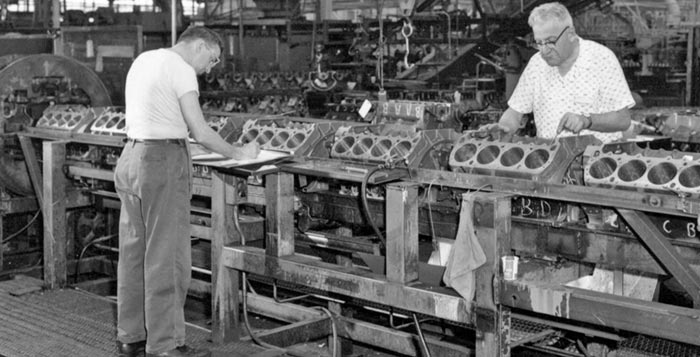 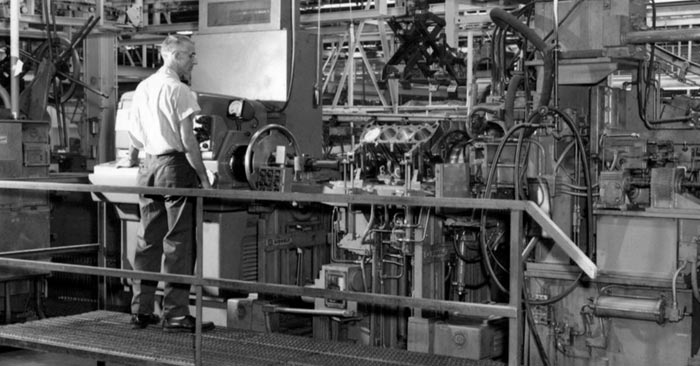 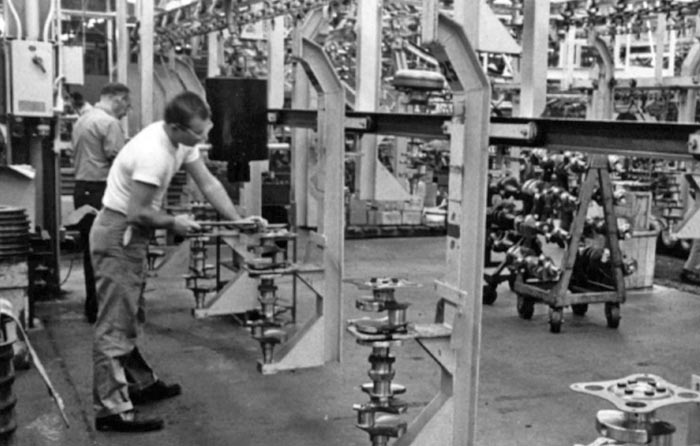 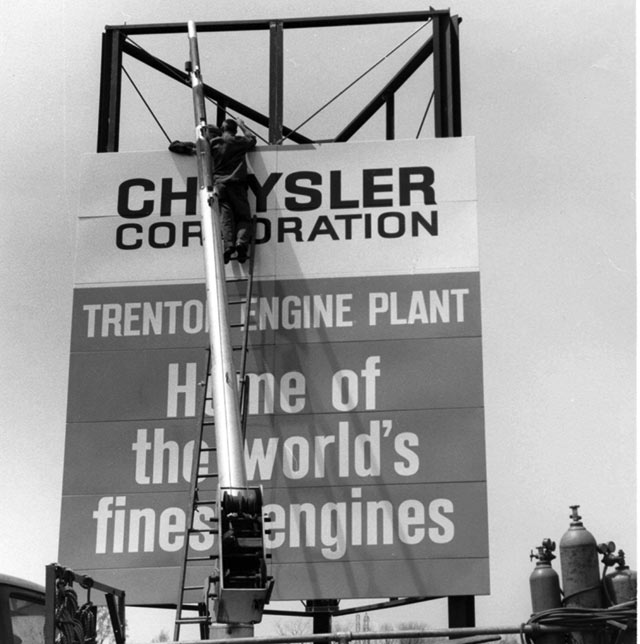 Coming up next: anniversaries and making V6 engines.