Chrysler was an early adopter of computer systems, a natural outgrowth of their work in the Apollo program. Chrysler was the first to use computers in car body design, in the late 1950s. 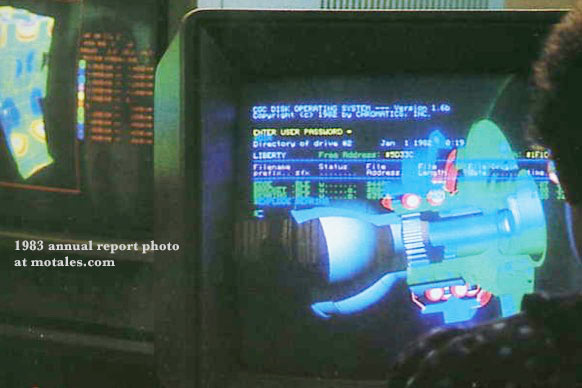 In 1980, Al Bosley and others within the systems group wrote a description of the way things were done, wtih an eye towards finding better ways to work. Their report was an overview, and to reduce complexity, they left out things such as variances between vehicles (e.g. cars vs trucks), the decision-making process, local computer processing for subsidiary systems, and the time-sharing system. 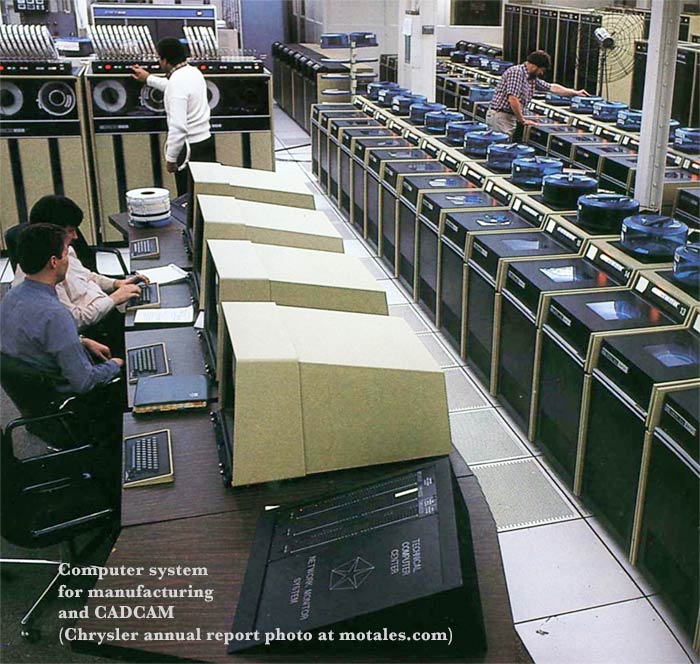 Volume planning relied on capacity and tooling, budgets, production plans, and engine-family production; these were all put into the system from reports and documents.

Parts had to be released by Engineering as their designs were finalized. Each time a car was updated or introduced, people had to go through and determine what was new, modified, or carried over; and product planners had to figure out how to package, market, and price it. An official product description was organized by uniform parts groups, showing what was to be designed and how it was to be released, and was accompanied by an option index. Production releases included part numbers and names, drawing sizes, part condition, source, and numerous other pieces of information. Here’s a sample:

A product change office was in charge of the massive, complex process of product changes and releasing parts to internal and external suppliers.

Any time something had to be changed, it went through a specific, standard process. In this diagram, “PCN” stands for product change notice.

Product change notices were tracked by computer, as were parts production schedules; this helped with forecasting material requirements and production. Engineers had to provide weight data for Engineering and the vehicle and material systems; Purchasing had to provide vendor, prices, terms, scheduling, and other data to the various systems. The progress of new vehicle development was tracked by regular computer reports, including this and other data; one key item was tracking cost estimates vs the actual product cost. Needless to say, billing and payments were also handled by computer. 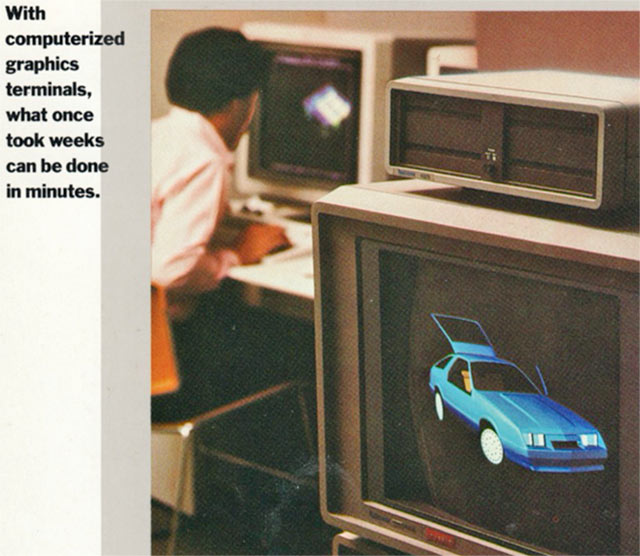 The same systems that tracked parts for new vehicle design helped Distribution to prepare dealer code guides and ordering forms for the vehicles and for the service parts. Model option indices were the basis for dealer code guides for options and the related order books, both of which were printed and mailed to dealerships. In addition, Manufacturing Engineering would send operation description sheets to the production people to show how to put the parts together or add them to the vehicle; and Industrial Engineering would provide standard labor hours for assembling vehicles and, later, for repairing them.

Another set of systems provided forecasts to plan production and sales goals at every level down to the dealership; forecasts were done monthly, taking data from industry and Chrysler-specific projections, production data, and the production planning system (allowing reviews of the proposed programs and suggestions for change). Dealer and zone allocations were based on these numbers.

Dealers sent orders into the system; the computer and a human determined if the order specifications were acceptable and could be made. This was not a simple process:

Again, this also fed into the scheduling system, which had to take into account the priority of various orders, plant production rules, and materials restrictions. This was a fairly complex process. Once a vehicle was scheduled, the system would print out a broadcast sheet for the production line, providing full specfications and providing ways to check vehicle status. The system provided daily reports.

Once vehicles were built, shipping papers were created to get vehicles to dealerships, printing the invoice, and securing the release of credit or collecting payment, as needed. The system automatically tracked the vehicles’ transit to dealers and paid for the freight charges—and then updated the sales figures. Along the way, the end customer’s name, address, and demographics were collected to allow recall notices to go out and provide analytical reporting.

Warranty and quality reporting was another major system; warranty claims were put into the computer using data entry and scanning tools, both for financial reasons and for quality reports to fix major issues. Likewise, materials were tracked by computer, both within a single plant and between plants when parts were exchanged; the system handled inter-plant billing.

The systems took a large number of people and computers:

Today, it seems very likely the system is more automated and uses fewer computers and people—but does more work. Still, this is the way it was—in 1980.