Toward the end of 2015, I ran across a store which sells 50-gallon barrels, among other things, on U.S. Highway 79 in Milano, Texas. I asked the owner of the store and the cars for permission to take these photos, and he was happy to talk about them as well. 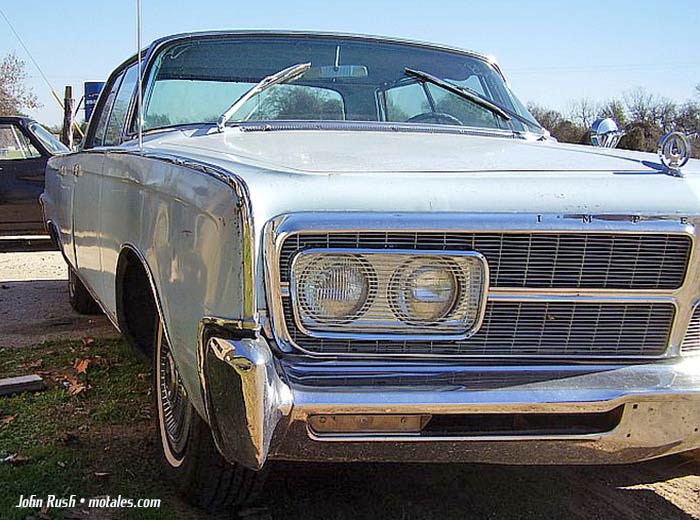 He bought the 1965 Imperial Crown from an estate in Oklahoma. It fired up on the second crank, and the engine sounds very smooth. He said the points were replaced with an electronic ignition; these and the dual exhaust pipes are, he claimed, the only items that aren’t stock. Even the spare tire is an original 9.15 x 15 bias ply, though one of its seams is separating, and it’s not recommended to use, especially with the radials on it. The hubcaps look more like the heavier ones that were standard with the 1966-69 models than those which were issued for ’65. Were these actually introduced late in the ’65 model year? 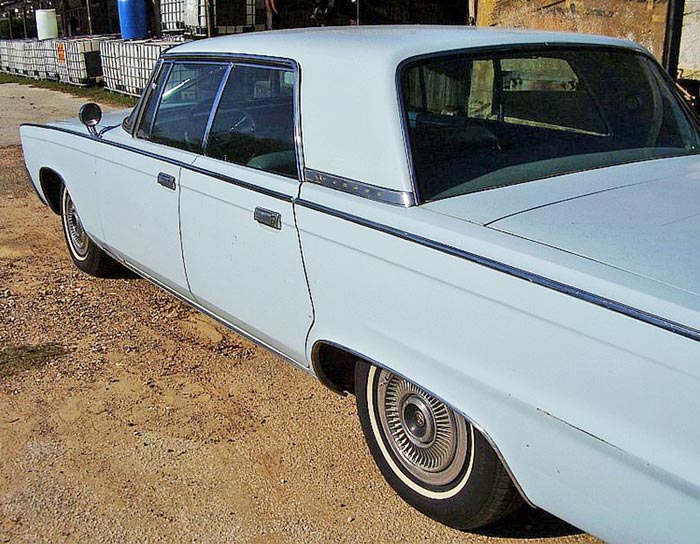 This was the last model year for the 413 engine, and the first for the TorqueFlite column shifter, which replaced 1964’s pushbuttons. It was the first year to cover the headlamps with a pane of flat-tempered glass. 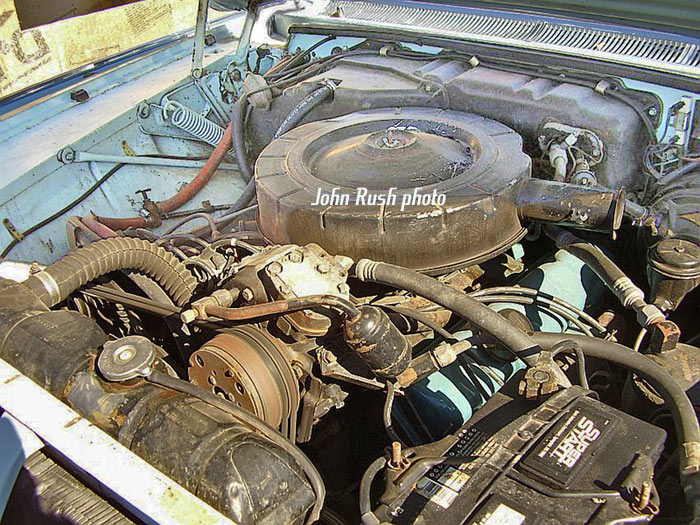 The paint isn’t perfect; he talked about repainting it two-tone, with the roof all white. I think that was an original option. The right rear door had a dent that was fixed by a guy who did a poor job on it. He’s wondering where he can find a replacement door. 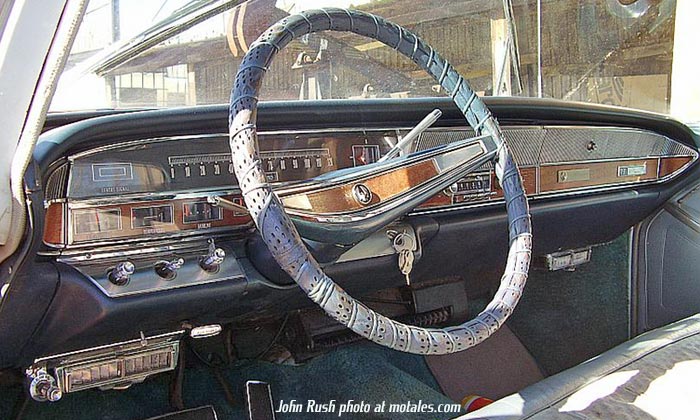 The interior is complete, including walnut veneer inlays on the steering wheel, dashboard, and doors; a master warning light alerted the driver to any issues with fuel level, oil pressure, or engine temperature. The seats, though not torn, are worn and starting to crack and need re-upholstery. I don’t think the fan belts are a matched set, which used to be common, but it’s hard to find just one in that size these days (66 inches, I think). 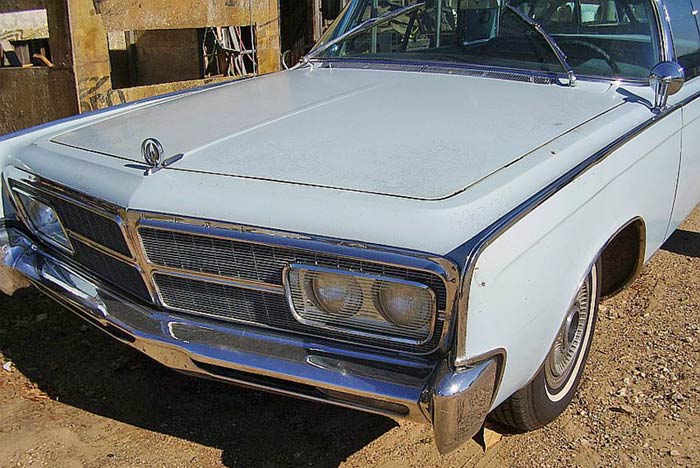 Only 18,399 Imperials were made in 1965, in just two lines—Crown and LeBaron. Imperial sales were rarely higher ; this was actually the third highest year for sales to date, and only one year would be better in the future (1969). The body style of the 1965 Imperial, developed under Elwood Engel, was mainly a carryover from 1964. Underneath the Imperial’s skin was a body-on-frame design, likely sharing quite a bit with the pre-1960 models, because the Imperial’s low volume did not justify moving to unibodies with the rest of the Chrysler Corporation cars in 1960. Imperials finally switched over with the 1967 model year; the 1966 Imperial was nearly identical to the ’65, but used a new grille and replaced the 413 V8 with the 440. Powertrains were shared with other big cars in the Chrysler Corporation lineup; from 1961-66, bodies were not. (Some wagons stuck to body-on-frame after 1960, as well, but not as long as the Imperial did.) 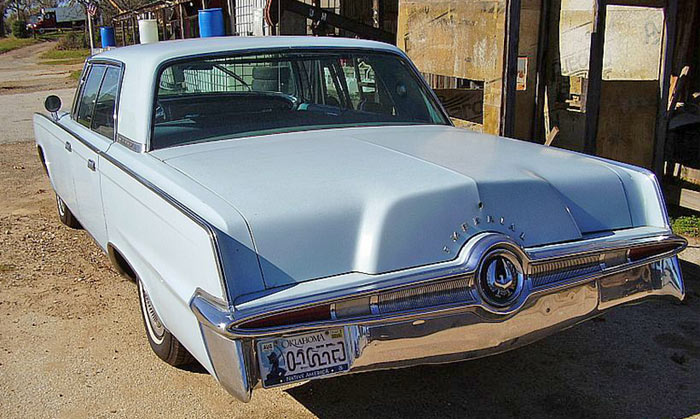 The owner said he turned down an offer of $10,000 for the car. I don’t blame him. I'll bet it’s the smoothest-riding road car he’s owned. A very stately vehicle. 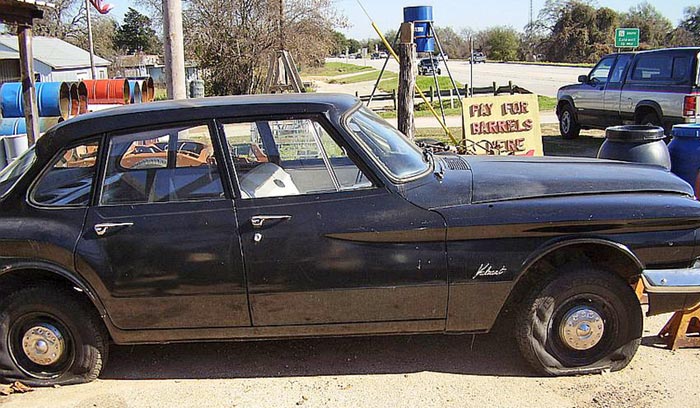 The 1960 Valiant is a project car, and I got the impression that he'd accept a reasonable offer or trade for it (he likes Chevy trucks from the ’47 to ’53 model years). The body is straight, but the interior needs work: the floor pans are rusted, and the rear seat and instrument panel are out. It has a 3-speed manual with a floor shifter. I don’t know about the condition of the engine. The badge in the middle of the grille doubles as a hood latch, a clever Valiant feature. 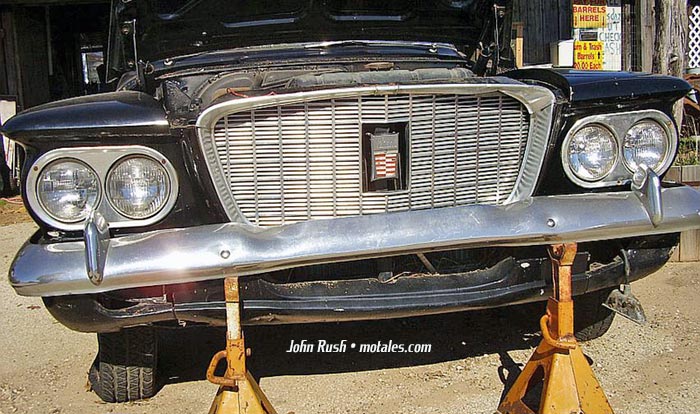 The jack stands are under the bumpers, when they should be under the axles. Even complete, the car isn’t very collectible, though it would make a good driver and is historically significant. The slant six probably returns 30 highway mpg. A different and interesting design. 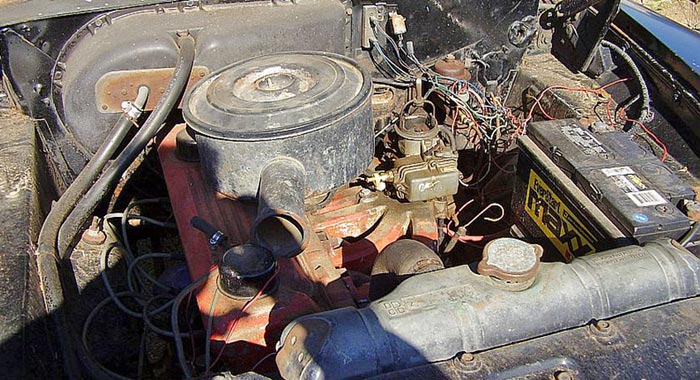 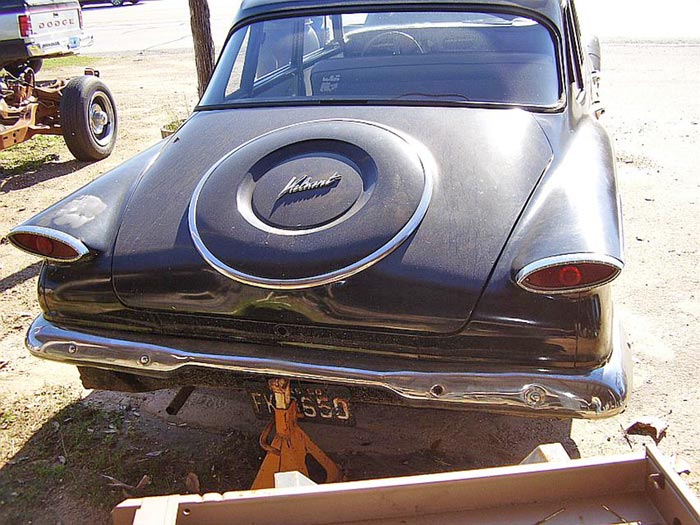