In May 2012, I spotted this Dodge truck at a farm stand on Route 9 in central New Jersey.  The box on the back is what some call a “grain body,” which is a large, open container.  When driven slowly alongside a harvesting machine (combine), the box is filled with grain or corn from the field.  When the truck’s container was full, the combine waited for an empty truck while the full truck took the grain somewhere for storage or processing. 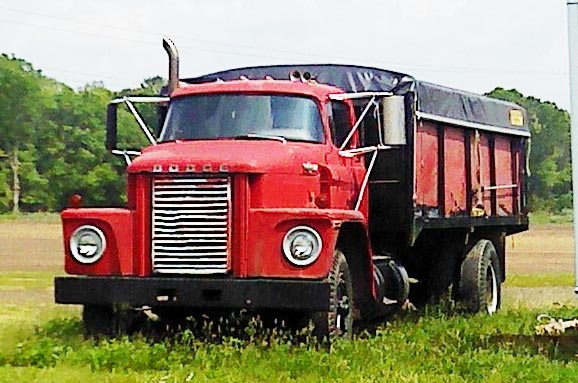 I consulted with a Mopar friend regarding the details; he helped me with his personal knowledge and material from author Don Bunn, who has written several great books about Mopars.  Here is our best guess about the details of this truck: 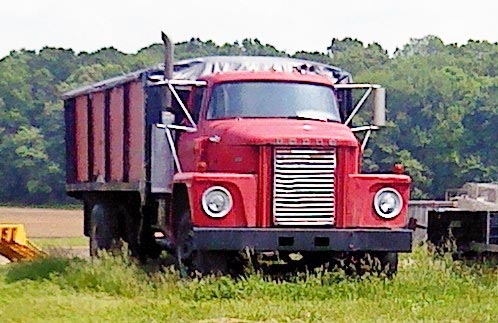 I was back through the area in July and the truck had been moved.  From a distance I didn’t see any rust, no visible parts were missing, and the weeds weren’t engulfing it, so I believe this truck is used regularly for farm chores.

I like the idea that a 45+ year old Dodge truck is still in service here in the Garden State.  If I had this truck, I’d want to put a roll-back platform and tow bar on it so I could take the truck and two of my cars to shows.  A nice day dream about a nice Mopar, indeed.