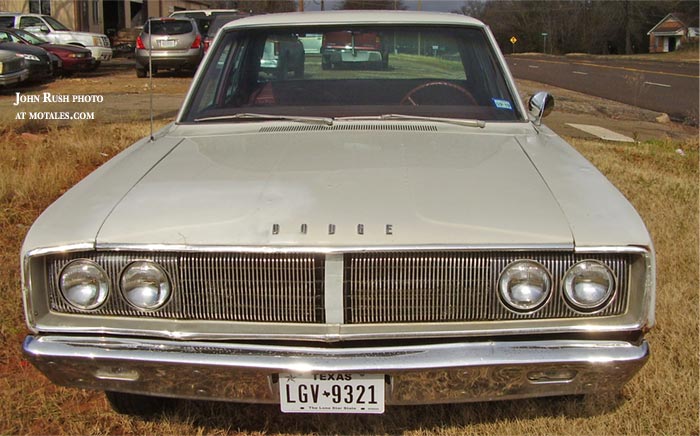 This Coronet had a 318 with a 2-barrel carburetor, automatic transmission, and just over 71,000 original miles.  He had purchased it a few years ago from the original owner, and wanted to sell it so he could buy a ’69 Plymouth.  It started on the second crank, and was reportedly garaged since new.

The car had spinner hubcaps that say “Plymouth,” perhaps from a Satellite of similar vintage.  The a/c compressor had been replaced, and a Bose stereo added; otherwise, it was mostly original, and despite minor wear, in excellent condition.  To me, $6,000 seemed excessive for a sedan, but someone apparently thought otherwise, as the car was gone when I next drove by about two weeks later. 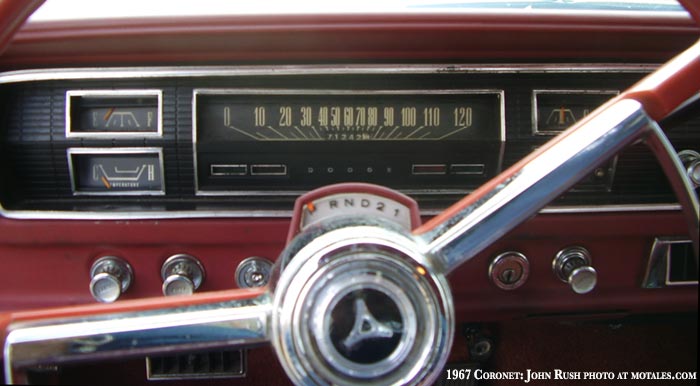 Production figures for 1967 Dodge models were rounded in the Standard Catalog of Chrysler, and weren’t separated by body type.  The Coronet models were Deluxe (at the bottom of the line, when “Deluxe” should indicate a more luxurious and pricey model), 440, and 500. The Coronet R/T was introduced that year as a performance model, in 2-door hardtop and convertible form only.  (The “440” trim level, introduced with the 1962 model year, was not related to the 440 engine—which was optional on the Coronet 440 and 500, and standard on the R/T). 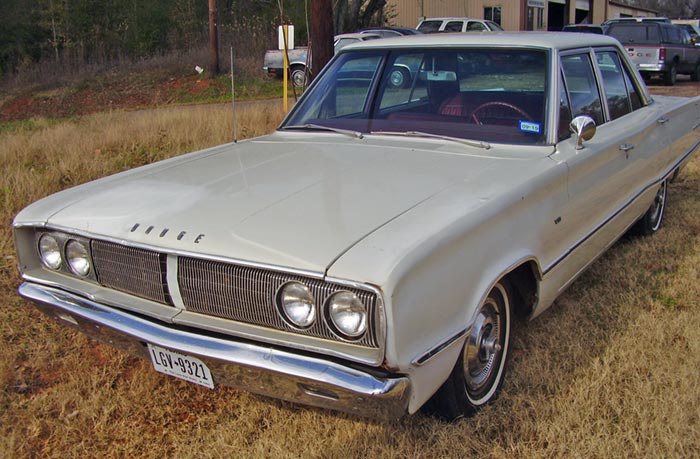 You can see John’s 1992 silver-and-black Dakota with its black camper shell in the background.

Had I bought it, I’d have used this car as an occasional driver.  But I remember when they were available for less than $1000, and even though its physical and mechanical condition (and inflation) could have justified its cost, I can't see paying that much for a sedan.  On the other hand, $6,000 would have been a bargain for a 2-door hardtop. 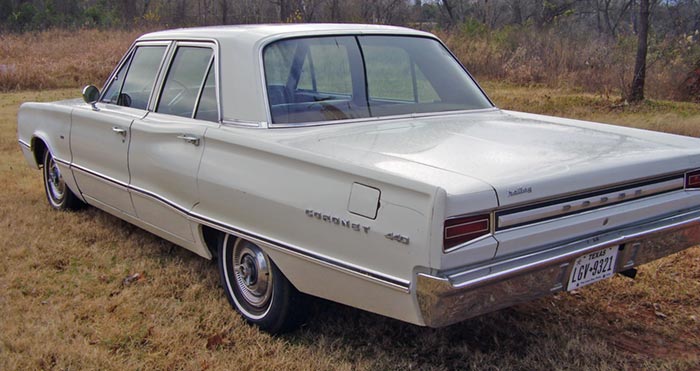